The idea arose in the head of a mother who began to think how one could take advantage of the talent that her children showed when making drawings on paper. In just a few years that lucky turn of events has eventually become a business idea, which is on its way to becoming a successful business. Mr. Broc currently has six employees and aims to multiply his turnover as of 2018 with the new computer tool he has already begun to use.

Sonia Lopez Mera, founder of the company, explains that the project began three years ago with tests carried out with the help of family and friends, but the turning point occurred in 2016 when it was decided to move from a craft business model to a company that, in a short time, aspires to take a giant leap towards internationalization.

What has not been changed is that the children’s drawings are still the starting point of the project. These sketches can now be made automatically on the company’s website (www.mrbroc.com) which has a tool called Broc Studio that allows anyone to make the sketches and see how they could be in the various objects that could be purchased with this design The tool is free and of free access and only pays for the products with the designs already inserted.

The founder of Mr. Broc is excited about the possibilities offered by this new tool that began operating last November and with which they hope to take a big step forward in the growth of the company. “Our computer developers have managed to create an application, that in a way, thinks and offers those who draw the best alternatives to turn their sketch into a design for a real product,” says Sonia Lopez.

The great biotechnology laboratory for food 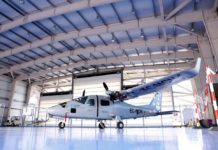 BFAero: the trampoline to fly high from Galicia 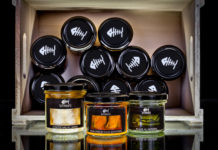