Muutech sounds like something that has to do with the sound a cow makes. And although little work with this almost sacred animal in Galicia, the idea of ​​these three partners, of which two are telecommunications engineers and an industrial engineer, had initially emerged talking about the possibility of remotely controlling a farm. When they took a step towards professionalization, they detected a need in the industrial world to apply proven technologies to improve production processes with monitoring. They created a unified platform dedicated to collecting real-time data from multiple sources, whether from a server, from machines, robots…, regardless of their origin.

From there, they “do the magic”, as one of their partners, Óscar González, CMO of Muutech, explains. Real-time data analysis, anomaly detection, organization of data in dashboards visually and easily, so that companies do not drown in data and information. This sums up what Muutech does. This small company was established two years ago, and now has its headquarters in the business center of Porto do Molle in Nigrán after starting to participate in the BFAuto accelerator, driven by the Galician Innovation Agency and Vigo Free Zone Consortium.

The idea was that, both in the production processes of an industry, and in the systems part of a company, there may be a control carried out by Muutech. Even if we talk about a pen manufacturer, in the end they have servers, and a telecommunications infrastructure. Muutech’s job is to anticipate the possibility of a stop in a production process, or predict an anomaly to save costs. They are able to detect a bottleneck in production, or a temperature rise in a machine. All this can be done from the mobile phone. The Muutech application connects directly to the machines, and once it has the information, it transfers the data easily to the client, either through a text message, or even a whatsapp.

With respect to other companies in the sector, their contribution consists of something more than the installation of the digital platform. They connect the worlds of IT with those of production. “Now more than ever it is necessary to have everything interrelated on the same platform. Many companies have several sources of information, but do not communicate with each other. Or you have a person dedicated all day to do an ‘Excel’ with the data, which implies a high expense, and the possibility of making mistakes, or you can do it with us, which above all we make a platform that allows us to unify data”, says González.

Its platform is based on open source, which gives them stability and speed. In this way the client avoids paying licenses. They use the customized Zabbix monitoring system as the main tool, and their mission is the collection and visualization of data from various sources: automatons, sensors, databases, servers, communications equipment … All this can be completed with a sensor ecosystem and IoT actuators, which allow positioning in remote places, difficult to access or that are in motion. It also integrates other useful applications, both free software and own development.

Stops that cost millions of euros

One of Muutech’s goals is to minimize the stops that cost money. But these problems do not get rid of large companies. An example that we can show is what happened to Amazon, which was five hours down because an engineer entered a command erroneously. This led to losses of one million dollars per minute, and in those hours there were more than 300 million dollars left on the road. “To avoid events like this, you have to anticipate the problems, and have a tool that solves you when they happen. The difficulty is that small businesses are not able to start a project like this on their own, they don’t find it or added value. It’s not about investing a thousand euros and knowing that you’re going to save five thousand. You get control to avoid difficulties, and reduce costs if they appear. Normally entrepreneurs think more about direct return. They prefer to invest in a machine that gives them 50 cans of canned more per minute, than in something that brings them closer or controls the entire factory”.

We can place your customers in two sectors: industry on the one hand, and communications infrastructure on the other. The initial vocation of the company was to focus its project towards the almost 200,000 SMEs in Galicia, but they finally concluded that large companies have less qualms about making this investment than small ones, which have a harder time appreciating indirect benefits. The growth they are looking for now to open the market is to leave Galicia. “From Vigo we can work for the world. We just need to access the company’s servers. ” The idea they have is to grow little by little in Spain, and in the short and medium term, settle in the big business centers of Madrid, Barcelona, ​​Valencia or northern Portugal.

Muutech monitoring is infinitely applicable, but perhaps that variety can become a problem at the same time. Now Muutech tries to focus his work in the metal, automotive, food and telecommunications industries. With RTVE they work on a dashboard project in the IT branch. Also with a chain of perfumeries, a bakery or ship telecommunications companies, such as Syntelix. These industries now have automatic systems for the introduction of information, when before it was done manually, more expensive and susceptible to errors.

IN 2019 Muutech has been present at 4YFN, which is considered to be the two most important start-up events in the world, forming part of the Mobile World Congress (MWC). It presents innovative ideas and disruptive companies in the field of new technologies. They also had a presence not Olé Startup of Salamanca, or in Germany in the Hannover Messe, and recently in Vigo, in the Mindtech and in Conxemar. 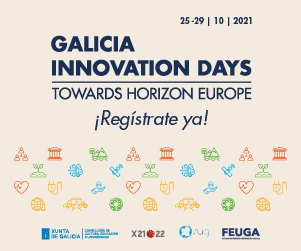