A physicist from Monforte de Lemos specializing in electronics, Andrea Hernández, learned during a research project in Brazil how electronic tongues work: simulations of a real tongue capable of detecting different flavor patterns (sweet, salty, sour, bitter or unami) through the interpretation of signals that turn up in every food or drink, such as wines, without having to taste them one by one. This shows potential allergens, contaminants or pathogens that could put consumers and the food industry at risk.

Back in Galicia, a few years ago, as she herself recalls, “having some tapas, I realized that half of my friends had some type of allergy to different foods”. She reflected on the problem, and from then on, the idea of looking for a possible solution came up really swiftly.

During the celebration of Spinway, an international entrepreneurship program organized within the framework of the Camino de Santiago, Andrea met Javier Casal, an economist with experience in managing technological projects. They understood each other well, and they started the idea of sense (z). Later she joined the Alejandro Acosta project, also run by economists. Andrea was in charge of the quality, innovation and management area, Javier of the business and production plan and Alejandro of the financial and the marketing side of things. The Sense (z) project also has an advisory board formed by Antonio Riul, Xaime Barreiro and Xosé Antonio Duro.

“At the beginning, we developed and validated the technology collaborating with various research centers and companies, in order to make way for a top end product,” says Andrea. By completing this phase, which is now, “will be when they start to market equipment and services with our technology of electronic tongues as main core of the business.”

These services, according to Andrea, will enable the device to “analyze the composition of the food, which it comes in contact with. This taste sensing system provides a great versatility of application, being able to be used both in raw and processed foods, but also for the detection of polluting agents on the tasted surface “.

However, according to Andrea Hernández, sense (z) does not forget about people who, like herself and her friends, have problems when eating foods that can cause an allergic reaction. “They can do the allergy test themselves, through a portable device, in the style of the now so popular and called ‘wearables’.” The user or allergic person will be wearing it themselves.

Since it was launched, sense (z) has participated in the Yuzz-Jóvenes con ideas- program of the USC in Galicia and Banco Santander, where they received the 2nd prize and the Yuzz Female award of the year. Later, they also participated in the Vodafone-Connecting for Good Galicia -accelerator, in which the Axencia Galega de Innovación collaborates, and where they have won also the -Connected for Accessibility- award. 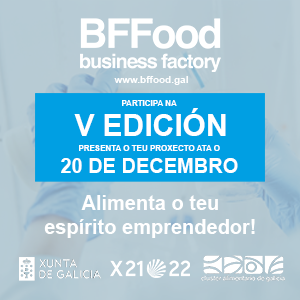