The period of the beginning of Covid-19 pandemic was a very complicated stage for many professionals, but there were also those who knew how to take advantage of the break in activity to launch new ideas. This is the case of chef Javier Olleros (Culler de Pau) and the entrepreneurs María Veiga and Miguel Garea, from the Bisqato de Guitiriz cheese factory, who began to talk about the possibilities of taking advantage of the surpluses of agri-food companies such as Bisqato itself.

The idea grew and today there are already professionals from other sectors to advance in a project that has many elements to become a long-term idea in Galician gastronomy. “With Bisqato the idea arose of working with whey to try to take advantage of it and we began to test different preparations and techniques. People from other disciplines were incorporated, such as a researcher and a farmer, and we came to see that it was an idea in which progress could be made”, explains Olleros.

The research is in a second phase where they try to explore the possibilities of being able to industrialize processes that, for now, are done in an artisanal way. The ultimate goal is that this whey from the cheese factory can have a second life and be marketed as a new product. Among the tests that were done were attempts to transform the whey into a vinegar, a fermented drink and also a carbonated drink. “We have many ideas but they are not yet round,” explains Olleros, aware that it is not easy to convert a material of this type into an ideal product for marketing.

“We are going to focus on the use of whey for now and not get confused with other products because it is difficult to transform such a product into a perfect recipe. We are a team of five people and a normal company can take between three and five years to create a product with these characteristics”, says the chef. Olleros highlights the importance of teamwork and with people with different profiles to be able to carry out this type of initiative.

“I am a cook and María and Miguel take care of all the entrepreneurship, but it is also necessary to understand the concepts used by fishmongers, farmers, etc. I would never be able to do the work that a farmer does but it is very important to be able to understand it, that is why collaboration is so important. We all have a lot to learn”, concludes the Culler de Pau chef, who believes that it is necessary to extend the culture of collaboration to advance with projects of this type.

The Asuque initiative has as its fundamental philosophy the use and recycling of food waste and Olleros considers that this is a debate that has to be on the table. “We come from a very wild world where almost everything was thrown away and now we need the support of the Administration to develop this type of project is to spread the thought that we have to make better use of things, not just food. The idea that we don’t have to throw so many things in the trash has to advance in society. We have to take more advantage of the products and not throw them away but recycle them”, adds Olleros.

The Asuque project was integrated into the BFFood accelerator, promoted by the Xunta de Galicia through the Galician Innovation Agency (Gain), Xesgalicia and Igape. In this video, Olleros explains some of the characteristics of this innovative project that is of special importance in an economy such as the Galician economy, which is in great need of initiatives of this type in the agri-food sector, which still has many possibilities for development: 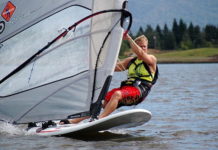 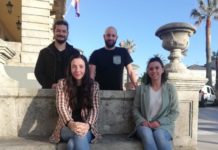