Pulses are notorious for making people fat should they eat them without control. However, this is just bad press and its totally unjustified. Its totally opposite since pulses and vegetables should be included in everyones diet. They have high content of iron, low rates of glycemics and control cholesterol levels quite well among other side benefits.  But you must eat them wisely so you can get the best of their qualities, according to Julia de la Montaña, professor of the Nutrition and Bromatology area at the University of Vigo  (Uvigo). 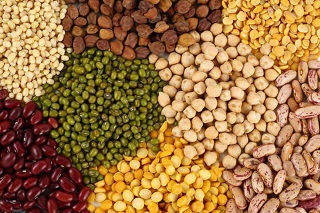 The last dietary intake poll by Foods Department in Spain (2014), published by the Administration of Agriculture and Foods ,  points out at the average Spanish intake of pulses and vegetables is 3,1 kilogramos per person a year, theres been a slight slump to 5% compared to the previous year.

Galicia for instance is within the Spanish average whereas other communities such as  Cataluña, Aragón and Cantabria go well over 4 kg of pulses intakes a year, which should be the target to achieve nationwide.

Julia de la Montaña explains that one of the main problems we find in Galicia is the pulses intake is related to high caloric dishes and an excessive pulses intake affects people´s health too (overall old elderly people) such as beans and trotters and the famous Spanish fabada. “In Galicia we don´t eat pulses and veggies wisely and the wrong amounts, we mix it with pork meat in dishes, which some people are not allowed to eat in their diets and should heed medical advise”, concludes this expert.

De la Montaña points out at pulses which are notorious foods among women because women think they gain weight when they eat them. But, there is enough evidence and research that indicates otherwise.

Pulses are a great source of protein  (they have between 20% and 40% of protein depending on the sort of pulse or veggie). Though its protein value is less than that of meat, theres a way to eat pulses along with cereals which produce the same effect. “one of the benefits of pulses opposite to meat is that pulses have less fats and overall, pulses have healthy fats because they contain fatty acids”, says De la Montaña. To this benefit , you must add that they avoid cholesterol and don´t have any gluten at all, so they´re good for celiacs.

🔬As investigadoras do Hospital Clínico Univers